As you know, I love getting great questions about The Money Game that allow me to expand the game even further.

Sometimes the questions spur an addition that is so blatantly missing in the game it causes me to pause, and think, “How did I miss that?”

It always reaffirms my continual philosophy that all great things are collaborative in nature. I know for a fact that Camp Millionaire and The Money Game are as great as they as because of all of you!

I have a small group (6) of students who have been playing The Money Game this week and we have a few questions.

The first is in regards to rounds and making decisions about events. We know the decision about what to do about an event (i.e., pay this round for a car accident with cash, or pay double the credit card bill next month*) comes before you collect your passive income.

However, can you make the decision about what to do, knowing you are getting that passive income? For example, if they need an extra $200 this round, and they’ll get that when they collect their passive income in a few minutes, does that work, or do they need to have that money currently in their account before the round’s passive income is collected?

* Or a third option is to forgo putting money in the Play Bag the next round. This way they can still Pay Themselves First.

Well…the answer is, “That Depends.”

It depends on whether the players want to practice the habits of financially free people or broke people.

You see, here’s the thing…we’re trying to teach kids to think like, and make decisions like, wealthy, financially free, rich people. In this case, they tend to spend money they HAVE, not money they’re GOING to have.

Why? Because ‘stuff’ happens and you can’t ‘count’ on money you don’t have…until you have it.

When I play The Money Game with our players, I always emphasize that it’s their choice AND they have to make those choices knowing the consequences of those choices.

My preferred answer to this question is that they can PLAN actions that involve the money that they are reasonably sure they will be getting but that they don’t ACT on those plans until they have the money in their hands.

Question #2 – About saving money during the game.

Our second question is about “winning” the game. Since we have a small group we wanted to play as many rounds as we could, knowing that by the end they would all have been able to invest in at least 10 assets which produces the $1,000 of PI per month required to win the money game.

What is the ratio, or ideal amount, that students should have IN the bank, i.e., their money game registers, when they are financially free?

The kids were making that much in PI income each month, but wanted to spend most of it buying new assets. This meant that when we ended the game, some kids had 20+ assets, but only had $200 in the bank.

Kristina, this is such a brilliant question…it’s the one that caused me to pause, realizing I hadn’t hard-wired this lesson right into the game. The answer is taught in The Money Jars Activity Lesson but it’s not reinforced in the game unless an individual instructor chooses to do it.

The answer is that they ‘should’ have 3-6 months of living expenses put away in their ‘Just In Case’ Jar in case of, well, you know, just in cases:-).

If your expenses are $900, they theoretically need at least $2700 put away to truly win the game in real life. And since we’d never get through the game if the players had to do this, we need to address it…so let’s do so now.

Let’s look at The Money Jars for clues. If we look at the 6 jars and divide their initial $1000 paycheck into the jars, we have:

Now let’s look at the Expense Bags relative to The Money Jars. They aren’t an exact match (because we wanted to keep the workings of the game simple) but they are close:

So what is missing, technically from the Expense Bags? You probably figured it out…the SAVING Bag.

The solution was for the register to be both the Saving and Freedom Jar money but that makes it only $10% of their paycheck. This is a blip in the game we haven’t been able to nail down because, quite honestly, it’s never been an issue because kids realize they must have money in their register ‘just in case’ one of the Event Cards costs them money (and they often do!).

My suggestion is to make sure:

Question #3 – About having ‘winners.

It was never my intention for there to be a winner of a series of rounds of The Money Game but that EVERY player get the chance to ‘win the money game’ or at the very least, realize what is TAKES to win them game.

You see, in life, there are already trillions of examples where people believe that they can’t win the money game, for one reason or another. The point is that ‘ALL WEALTH IS LEARNED‘ and anyone can win the money game if they develop the right:

I personally never promote one winner. Instead, at the end of the game…be it 3 hours, 1 day, a weekend or during a 5-day summer camp, we ask WHO has won the game, WHO is close to winning the game, WHO understands how to win the game and finally WHO chooses to be financially free and is wiling to do what is necessary to make it happen.
If you want to make winners and give prizes (assets preferably…never piddlyjunk please). Savings Bonds work great and aren’t expensive), then base it on how much money is saved in addition to the base number of assets. It promotes a better lesson in regard to basic financial habits.
Hope all this makes sense.

OMG, thank you for asking! Upload some photos of your players! 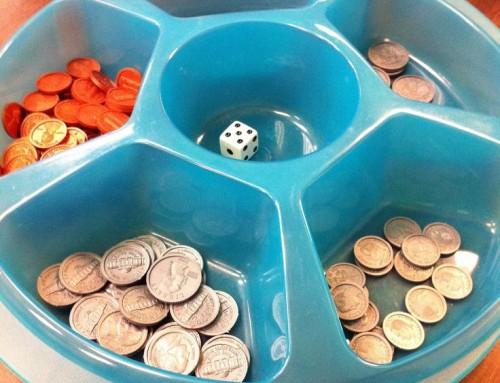 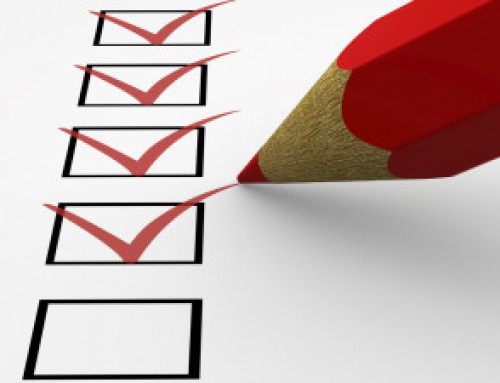 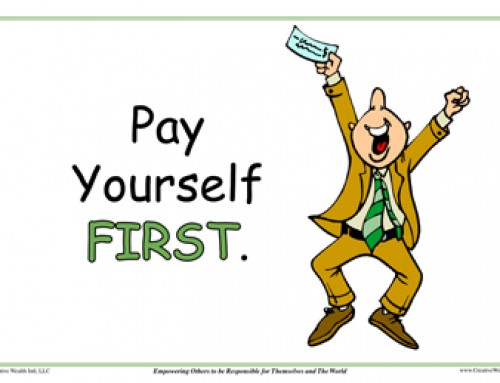 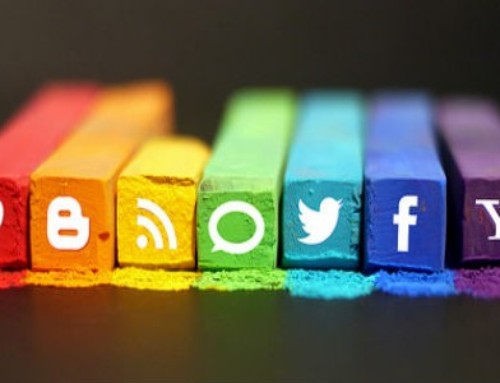